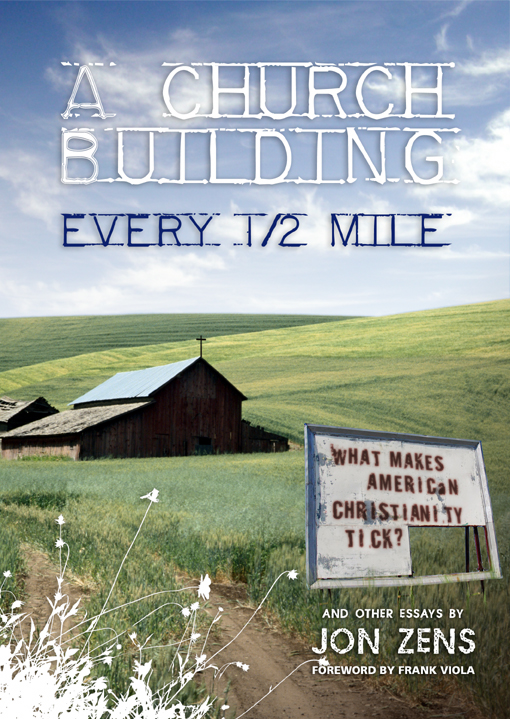 A Church Building Every 1/2 Mile: what Makes American Christianity Tick?

When former governor of Minnesota, Jesse Ventura, brashly dismissed organized religion as a sham, it scandalized the religious establishment. Jon Zens present four crisp essays in this volume that unravel the reoccurring components of American Christianity. They show that condemnations like Ventura's are reasonably justified. Jon contrasts the reality of modern the modern religious community with the vision set out in the New Testament. Much of what calls itself church is unaligned with the teachings of Christ. Jon, a 30-year veteran of simpler approaches to church, gives an honest, refreshing challenge to revisit the concepts and practices commonly thought of as "church." "When people ask me why the church seems powerless, I often note that we have not yet tried to answer Jesus' high priestly prayer to be one. We allow petty differences and theological trivialities to divide us. Jon brings us back to where Jesus wants us to be as in the early church. This book is must reading." -- Cal Thomas, Syndicated Columnist/Fox News Contributor, co-author of 'Blinded by Might'

Categories: A Church Bldg Every 1/2 Mile,

A Church Building Every 1/2 Mile: what Makes American Christianity Tick?