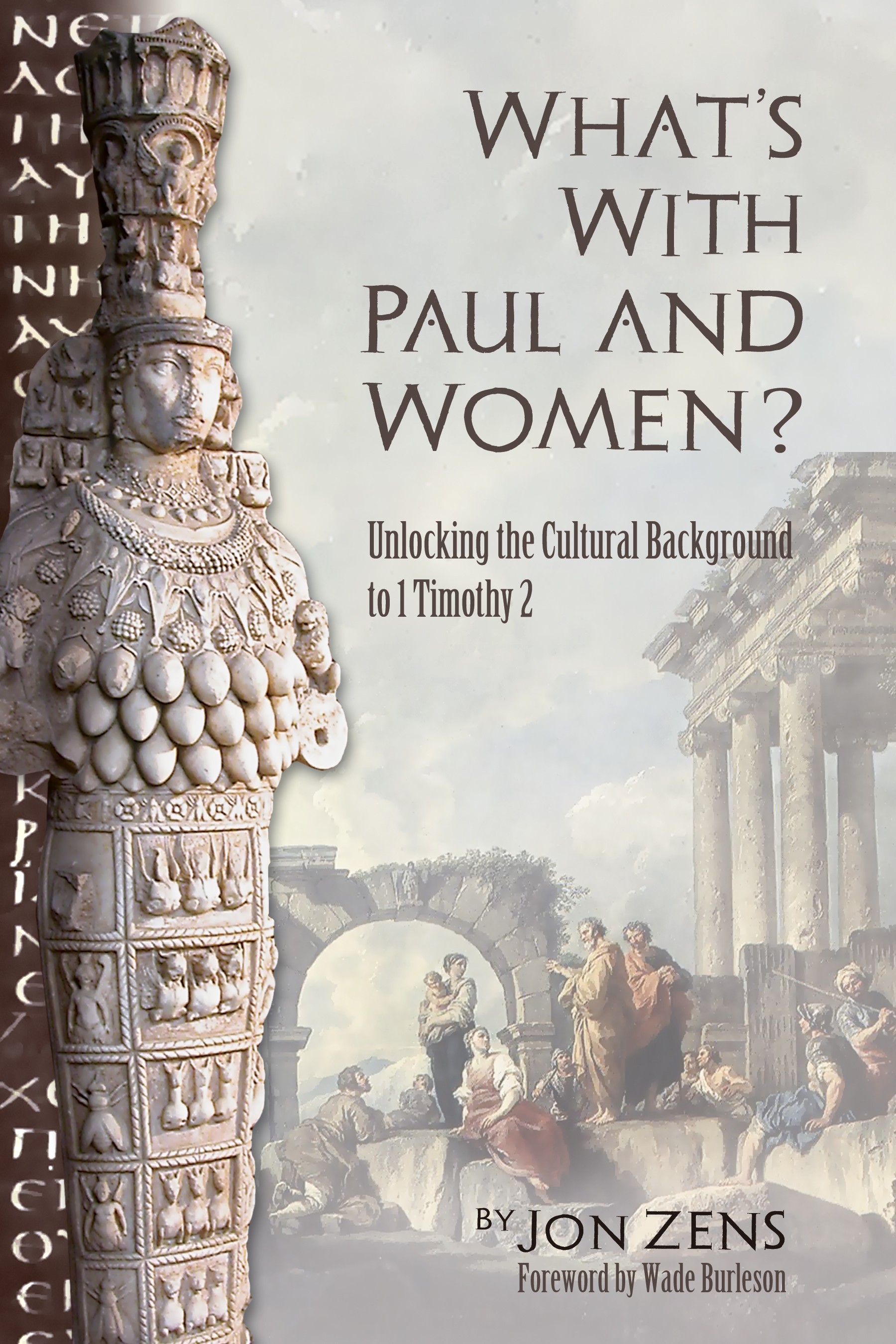 What's With Paul & Women? Unlocking the Cultural Background to 1 Tim 2

It is long, long overdue for the record to be set straight once and for all: to use 1 Tim: 11-12 as "clear" justification to silence all Christian women is utterly without biblical warrant. It is a mistranslation compounded by ignorance of the historical-cultural setting, compounded by harmful traditions, and compounded by far too much authoritarianism coming from those whose job is supposed to be helping believers understand the Bible correctly. In What’s with Paul and Women?, author Jon Zens tackles Paul's flow of thought, focusing on verses 11-12, in light of the fact that Timothy was left in Ephesus by Paul to deal with false teaching (1:3). He draws upon his own extensive linguistic research as well as the diverse, often overlooked research and teachings of those who have been wrestling with this issue for more than a decade. It brings much needed light to a concern that has plagued the body of Christ since the dawn of the post-apostolic era when the early church fathers began to supplant the clear example of Jesus and the works of His apostles with pagan philosophical influences which destructively perverted the important role of women in the New Testament epoch. Also, three appendices in What’s With Paul & Women? provide further insight to the issues raised in 1 Timothy 2. The first two are by Jon -- an extensive review article of John Piper’s What’s the Difference? Manhood & Womanhood Defined According to the Bible and a summary article on 1 Cor.14:34-36. The third is by Frank Richel Ames on the social world of Ephesus when Paul wrote 1 Timothy.

Edition: Due out early April

What's With Paul & Women? Unlocking the Cultural Background to 1 Tim 2